About a month and a bit in me learning the piano, I’ve had to rethink my remote piano learning setup. The latency was at points really annnoying (sometimes nearly a second) - it’s confusing when you hit a key and only hear it when you’re hitting the next key. So, time to look for a lower-latency setup.

The go-to (at this point atleast) piece of software for low-latency audio is JACK audio - I didn’t want to use it before because it sounded like too much of a hassle for my usecase, but in the end it was very easy to configure.

As before, I’m using FluidSynth, as a software synthesiser. Generated audio goes from FluidSynth and my headset microphone to JACK, and sent out to PulseAudio. On the other hand, audio generated by client applications (such as Skype and Zoom) is sent from PulseAudio to JACK, and then finally outputted to the headset.

Why did I pick a sampling rate of 44kHz? Because this is what my headset works with.
I’ve also removed the auto-start as I want this to only be running when JACK is running - I’ve noticed that FluidSynth starts spinning like mad after a while when running without anything attached to it.

I’m using Qjackctl, a Qt application to control the JACK sound server daemon. When you install Qjackctl it will automatically pull in jackd. You’ll also want pulseaudio-module-jack, which gives integration between PulseAudio and JACK. 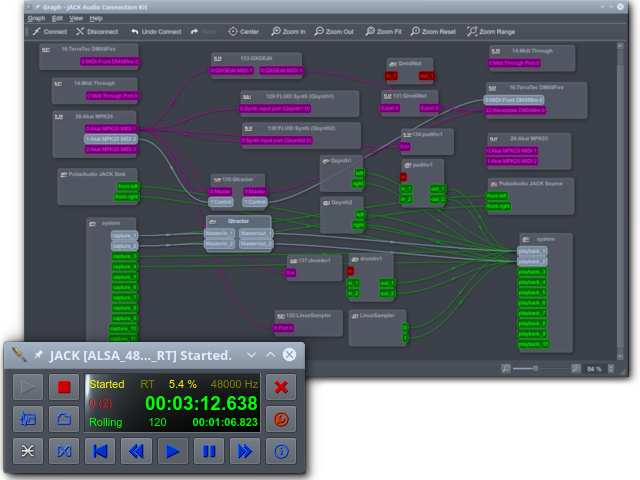 The parameters I changed in the config are: 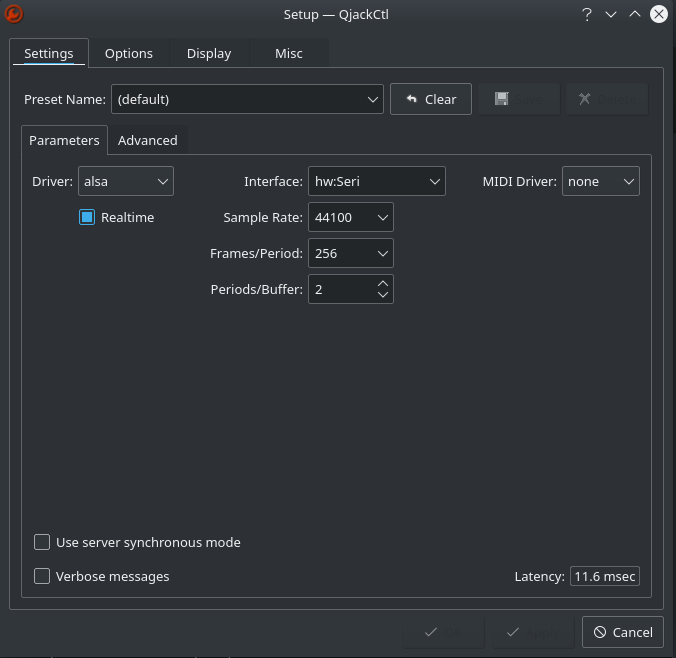 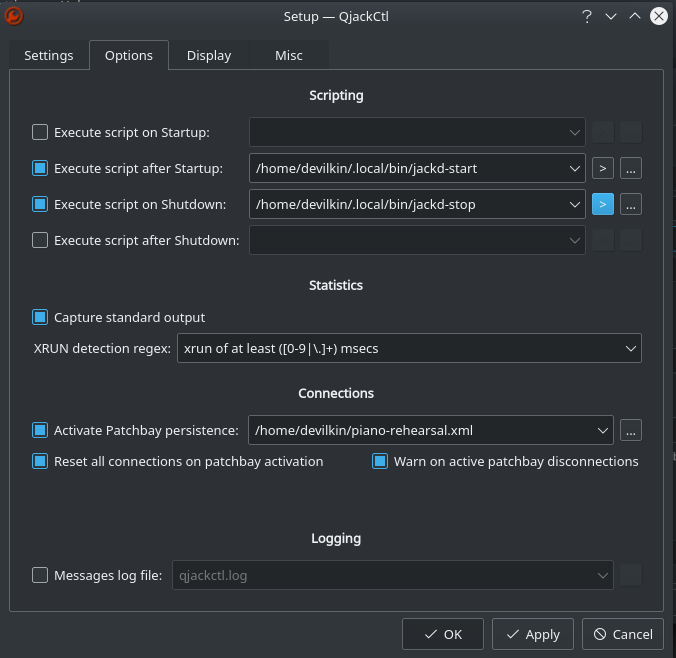 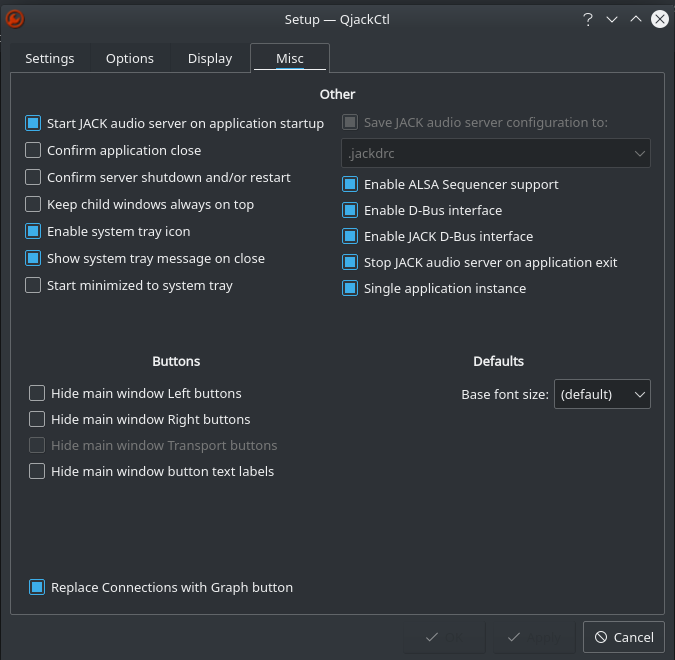 I’m using the following script which is run by qjackctl before starting jackd:

This script will (re)start FluidSynth, unmute my headset in ALSA, unmute the Pulseaudio jack_out sink and finally set the default sink and source for PulseAudio to the jack_out and jack_in respectively. This will make applications like Zoom or Skype pick those inputs and outputs by default.

To find which soundcard to use, see Soundcard selection.

This stop script gets run before JACK shuts down:

This will stop FluidSynth, and mute the headset. To figure out the device to mute, please refer to my previous article. 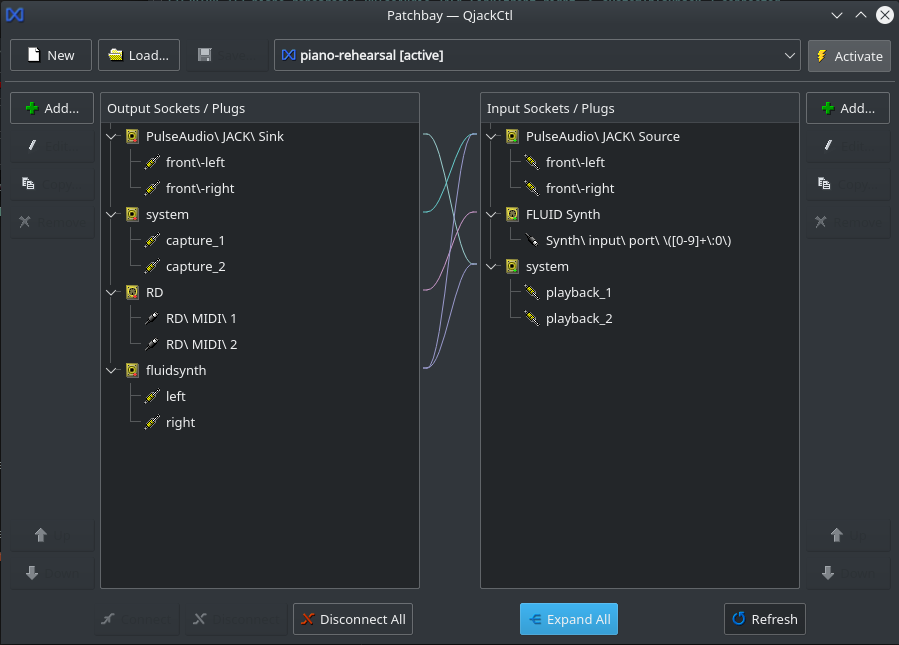 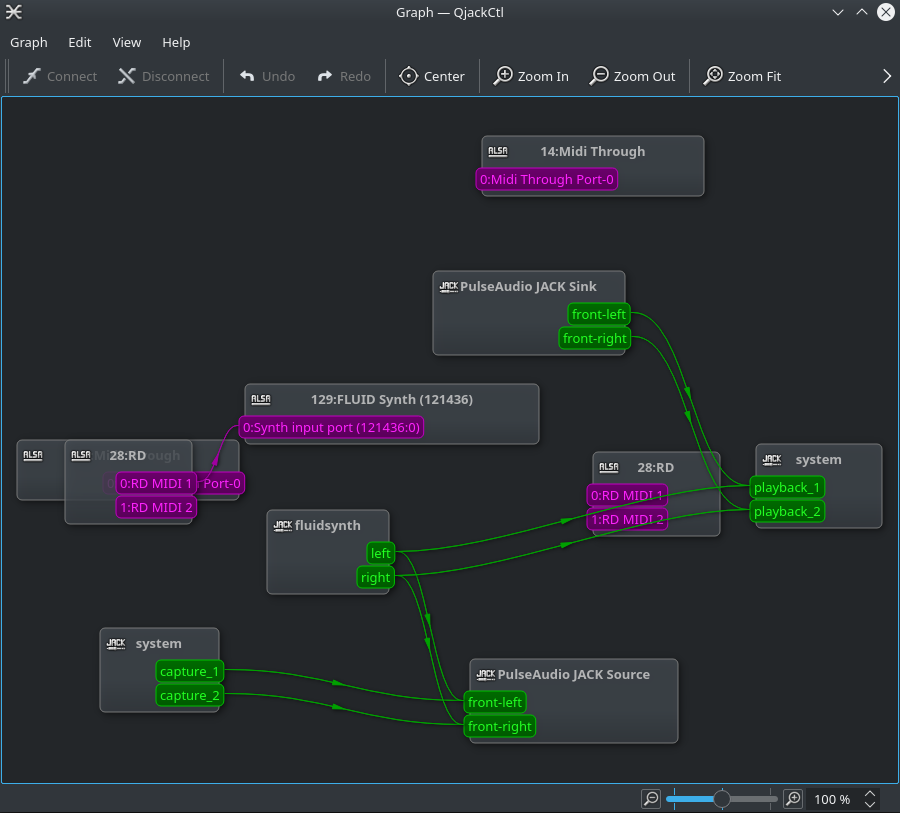 The above links will make the magic work. Once configured (either in the patchbay or in the graph), you can save the setup to an XML file which can then be used at JACK startup so that it routes the audio the way you want.

where you can see that the Plantronics headset has card identifier ‘Seri’. You can also use the number, but as these might move around, I wanted to use the name instead.

After applying the above configuration I’ve found that the latency for the piano audio is negligible! Happy me ;)

Close to when we were moving I decided to do something about my rather huge paper archive (bills, receipts, …). I set about digitizing it all using a flatbed scanner, my cellphone and Swiftscan (formerly known as Scanbot) to turn them all into PDF’s.

Learning the piano, and playing with MIDI & PulseAudio on Linux

Migrating from the Ubiquiti USG to OPNsense on a PCEngines APU2E4

As Ubiquiti seems to have abandoned any development for their UniFi Security Gateway - the last “stable” update (version 4.4.51) was more than a year ago, wasn’t all that stable and doesn’t fix many outstanding issues - I’ve decided that it’s time to move to something else to fill my routing/firewalling needs.