Yay. Soon it’ll be Aalst Carnaval, a so-called cultural feast. I rather call it a drunkfest, since there’s actually very little culture and loads of drinking going on.

The cultural part are the processions, made with styrofoam about events in the world. They’re usually fun and wellmade. Unfortunately, there’s also the other part, where people behave like pigs, trash everything they can (even the ceilings of the train stations have to suffer and be utterly destroyed), drink themselves to hell, let their kids alone home even though they’re not even 5 year old, etc etc. I can’t say much good about it, I find it a horrible waste of taxpayer money and wish they would either make the people that want to attend it pay a fee, or scrap it all together.

Also, don’t think of going to Aalst during carnival season with a bike - unless you’re a fan of punctured tires because of all the glass that’s all over the place. Best time to go back is around a week afterwards - then the smell of puke and pee will finally have gone from the place.

Here’s a nice pic of the trainstation of Aalst, all dressed up for the occasion: 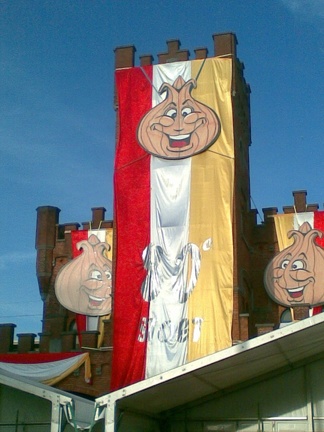 Can’t you tell I love carnival?!

I have an Asus ZenScreen MB16AC which uses Displaylink as its display technology. On usb-c you can just plug this in and it’ll work, but on my ancient laptop I only have usb-a ports. The display does come with an USB-A to USB-C convertor - so let’s try ;)

Mastodon comes with a default post size of 500 characters. This is not set in stone, and can be increased fairly easily (last tested on Mastodon 4.0.2):